Posted in About MYOB | Comments Off on Contact us

The MYOB software is now rebranded as ABSS software, from 2018.

The software works the same as before, with new features added in.

Posted in About MYOB | Comments Off on MYOB is now ABSS What, Why and How to plan for GST Malaysia. Overview of the available functions in MYOB accounting system

Most businesses will use either one or a combination of the 7 MYOB command centres to manage their daily business transactions.

There are many versions of MYOB Accounting software sold worldwide.  Some of the regions have made modifications to the software to suit their respective country’s needs, and the interface may not look the same as what you see here.

The screenshots shown on this website is applicable to the MYOB International version, MYOB Malaysia version, and MYOB Singapore version, with some minor differences.  The version sold as MYOB Australia and MYOB New Zealand versions will have an additional Payroll Command Centre, while the version sold as MYOB Hong Kong version is capable of handling simplified Chinese characters. There is also a MYOB version for the Mac machines, which has a different interface suitable for the Mac operating ssytem.

Nevertheless, despite the different versions sold worldwide, the workings of MYOB Accounting system is fundamentally the same. 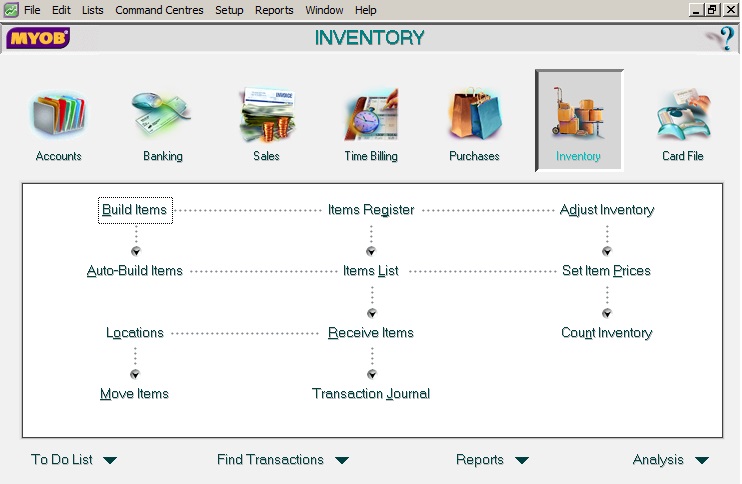 (only available in MYOB Premier range of software) 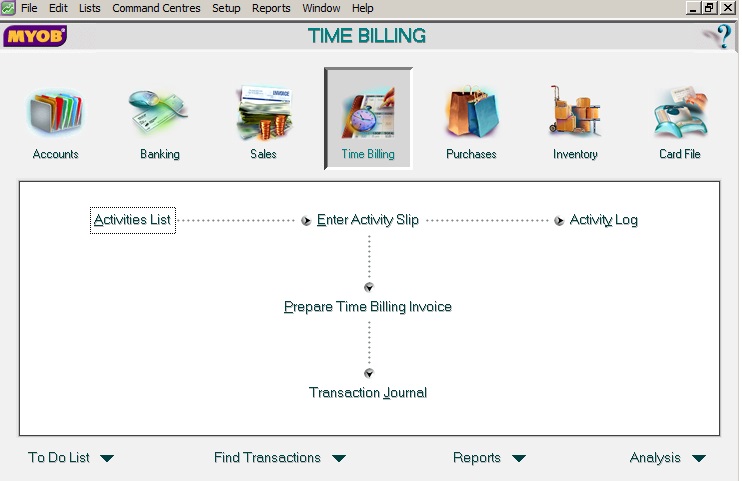 For more information on each command centre in the MYOB Accounting system, please click on the relevant options. Which MYOB Accounting Accounting software is suitable for your Malaysian business?

Here is a quick glance at the MYOB product comparison chart.

The following questions will help you narrow down which  accounting software Malaysia to choose:

1. .How many users do you require

2. Do you deal with stocks?

3. Do you need to track supplier bills and payables outstanding

4  Do you need to invoice your customer,  or do you buy from a supplier, in foreign currences?